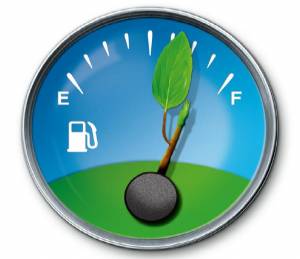 Eco-driving could be a great and inexpensive way to reduce carbon emissions from transport. While riding a bike would be even better, many people still choose the car over the bike, so we must focus on that before everybody realises that cycling isn’t so bad after all.

Fiat, which did a big study of nearly half a million miles of eco-driving by 5,700 drivers in five countries, says the practice saves an average of 15% of fuel costs. They also discovered Italians aren’t too good at eco-driving, while British drivers are great.

The survey also shows that people are generally more interested in technical innovations than in changing their behavior. That’s why, the company says, eco-driving hasn’t gotten anywhere near the press play that new electric and hybrid vehicles have garnered.

But Fiat says behavioural change is key to cutting CO2 emissions because of Jevons paradox, which posits that technological progress (in this case hybrid and electric cars) which make a resource – in this case, driving – more efficient, unfortunately also causes an increased consumption of the resource.

Eco-driving could help blunt the effect of Jevons paradox. It also can help drivers save as much as 15% of their regular fuel costs. This is based on data from the company’s study of 5,700 participating drivers.
Eco-driving just encourages changes in drivers’ acceleration, deceleration, gear changes, and average speed. In Fiat cars for example, hardware tracks drivers’ performance on these parameters, then via a memory stick, the data is plugged in to desktop software that encourages changes to driver behavior.

Fiat said average participating drivers in its study used about 6% less fuel, saving approximately €600 (USD 800) in a year. The top ten percent of drivers dropped fuel consumption 16% and saved €1,575 (USD 2,233).
Fiat did the survey in five countries. UK drivers were the best at following eco-driving principles. Spanish drivers were the worst, but made the greatest improvements during their first 30 days of using the eco-drive application. Italian drivers were a bit better than Spaniards, but showed the least improvement over the course of the survey.

Basically Fiat’s study just puts a little more data to the idea that eco driving is environmentally and economical friendly. If you want to get the benefits without buying a Fiat, check out the ecodrivingUSA site. According to the Auto Alliance, if half of U.S. drivers started eco driving, emissions could be reduced by 100 million tons annually.