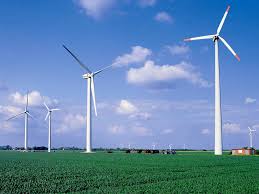 According to a Dutch newspaper the Dutch province Noord-Holland is setting up a restriction to build more wind farms on land. With this restriction the province wants to halt the built of 20 wind farms planned on their land.

This restriction follows the ban of new permits the province already implemented. According to the province modern and large wind turbines are polluting the view of the landscape and want to implement the ban on new wind farms within 6 months.

While onshore wind farms may not be beautiful for the eye of the beholder, it beats a coal plant next to your home if you ask me. Restrictions like this will definitely make it more difficult, if not impossible, for renewable energy sources to grow. And in a country like the Netherlands, which wants to be innovative, such regulations are not helping.